Trail running at the End of the World 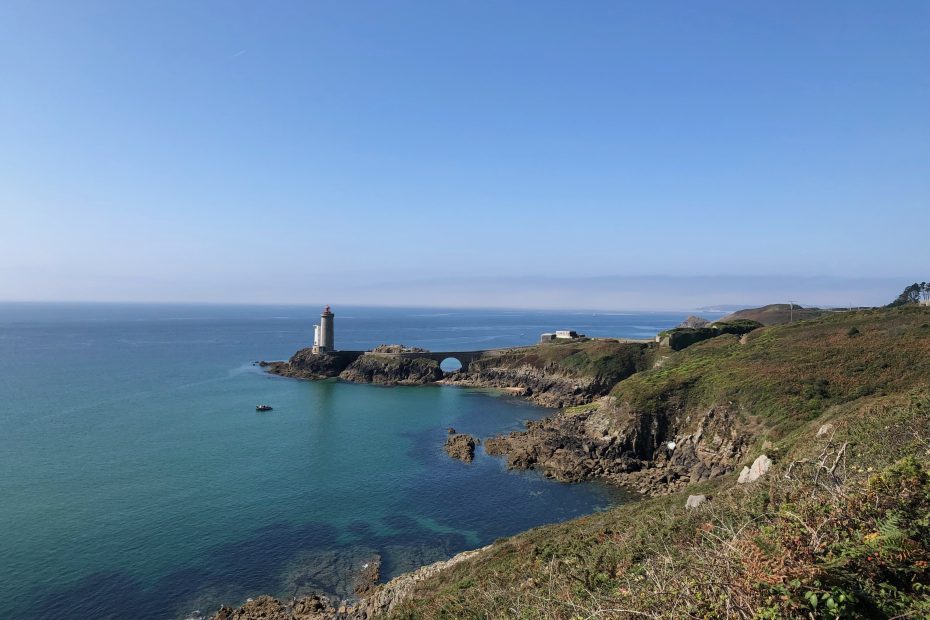 Finistère : the end of the Earth

If you’ve visited France, you’ve probably been to Paris. The museums, the cafés and restaurants, the culture, the lights. It’s enchanting. Maybe you went to see the D-Day beaches in Normandy, up north by the English Channel. An amazing piece of world history, and truly hallowed ground. You may have been to the majestic and breath-taking Alps. Unparalleled nature. Maybe you went south and soaked up the sun in Provence, or visited Nice, Cannes, Marseille and the Côte d’Azur. The finest the Mediterranean has to offer. France has so many beautiful locations to see and experience.

For some reason unbeknownst to me, not too many visitors decide to head due West from Paris. If you did, though, eventually you’d end up in the temperate region of Brittany. You could be forgiven for thinking you had arrived in Ireland, given the lush green farmlands, the rocky coastline and the Celtic-derived language. If, once in Brittany, you kept heading west, you’d end up in the department of Finistère. Around 2,000 years ago, when most of current day France was part of the Roman Empire, this area got its name: Finis Terrae, the end of the earth.

If, once in Finistère, you passed through the port city of Brest, but continued your journey west, you’d eventually end up at a little spit of land in the commune of Corsen, and that is where you’d run out of France.

At this point you can gaze out across the Atlantic, and wonder how long it would take to sail to Boston. You can contemplate what early dwellers of this area must have thought when gazing out upon the same water. What lay beyond the horizon in their minds? You can then jump in your car, turn around, and drive 40 minutes back to civilization.

I’m lucky to call Finistère home for the next year and a half, taking a break from the American experience of the Greater Boston area. I now live in the city of Brest, which is not the administrative capital (that would be Quimper, famous for its pottery), but it is the largest city, with about 140,000 inhabitants. It is largely sea-facing. The city is built around a major commercial port as well as vast navy installations. Much of the local economy is either supported by the port, the military, or the university, which is a premier place to study oceanography.

Brest is the object of much derision by the French citizenry. It is famous for being the rainiest city in France. Captain Haddock, from Tintin, would proclaim “Tonnerre de Brest !” when a situation called for true shock or indignation, a nod to the powerful storms that often besiege the city. Inhabitants of Brest have developed a coping mechanism of self-deprecation in this regard.

To top it all off, the beautiful gothic cathedrals and cobblestoned streets that adorn so many small French cities are nowhere to be found, having been bombed to rubble during World War II. The architecture is functional and uninspiring. Being a Massachusetts native, I see Brest more in the line of a city like gritty Gloucester, New Bedford, or Fall River than scenic Boston or Provincetown. Unpretentious, unglamorous, utilitarian, not touristy.

Thank goodness for the GR’s

Any lover of the outdoors will be able to overlook the shortcomings of the city of Brest for the beauty of the land surrounding it. Hiking and biking trails abound. Sailing, surfing, kayaking, rowing, and all manner of nautical sport in between are easily accessible. The beaches, framed by rocky cliffs, are sublime. Small towns and villages dot the rolling farmland. Some of those towns and village host the beautiful old architecture no longer visible in Brest.

All this terrain is accessible thanks to France’s elaborate, well-marked and well-maintained trail network. The long-distance footpaths, grandes randonnées (GR’s), are referred to by number and are located all over France and neighboring countries. The one particularly close to the Breton heart is the GR 34 (see map below). It traces the coastline, not just through Finistère, but all of Brittany, covering around 2,100 kilometers (1300 miles).

The GR 34 trail network is known as the Sentier des Douaniers, The Customs Officers Path. Most of the trails were built during the aftermath of the French Revolution, when there was an effort to eliminate internal trade barriers and create a national customs system. The path network allowed newly minted customs officers to patrol the coast and intercept smugglers, primarily from England. The trails were also used to defend the coast and to rescue shipwrecked sailors.

The coastal paths were less used in the early part of the twentieth century, with the notable exception of World War II, when the occupying German army built bunkers all along the coast, as part of the Atlantic Wall. In peaceful times, starting in the late 1960’s and through the 1970’s, these trails became better established, marked and maintained, under the umbrella of the GR network and the French Federation of Hikers.

It wasn’t until 2008 that the GR 34 was completed in its entirety. These days it is the go-to trail for Bretons and visitors, whether for long-distance hiking, trail running, day hiking, or just a leisurely stroll. Bikes are allowed on some sections. The trail is well-marked, and maps, guide books and .gpx files are readily available, often free from a local tourist office.

What makes the GR 34 so unique, from an American perspective, are two things: the unfettered access to the coast, and running through towns and villages. Unlike long-distance trails in the US, which usually go through protected land (hence, very few towns), the GR 34 hugs the coastline and crosses through all the towns and villages along the way. This makes for a luxurious approach to logistics. No remote trailheads with dubious cell service and limited signage. It’s more like “Meet me by the village church, or the café at the port, or the bakery by the bridge.”

Now, about access: on my native East Coast of the U.S., we accept that long swaths of coastline are privately owned and off limits to the public. Not so in France. In 1976, the French government passed a law requiring public right of passage within three meters of the coast. The whole coast, of the whole country. Owners of even the most imposing mansions are required to allow public passage. Hence the coastal path is truly coastal. The GR 34 cuts right through their manicured front lawns.

For those of us in the trail running world, FKT’s (Fastest Known Times) have long been an intriguing complement to established races and events. To embark on an FKT, a runner merely picks their route, runs it whenever they want, documents the effort, and uploads the details to the fastestknowntime website for review. The popularity of the format has taken off since the pandemic started in 2020. Now an increasing number of FKT’s are being set all over the world.

In May 2021, Breton native Jérémy Desdouets set out to pay tribute to this legendary trail by establishing a formidable Fastest Known Time on it. He set out from Mont St Michel on May 15, running an average of 80 km per day. His wife and a handful of friends supported him along the way. Twenty seven days, eleven hours and thirty five minutes later, he ran into St. Nazaire to claim the FKT. This documentary follows his journey.

Choose your own GR adventure

With so much terrain, there are infinite route variations. One of my favorites is just to pick a spot on the map and run there from home. Yes, I’m spoiled. The nearest GR 34 trail marker is about 400 meters away.

Many hikers will do sections of the trail, perhaps making it a project to do the whole thing eventually. Others will seek out the most beautiful sections, as recommended by various sources. Signing up for a trail race is another great way to experience the GR 34, as many races use long sections of the GR.

Whatever approach you choose, the GR 34 is an extraordinary network for exploring the End of the World.

3 thoughts on “Trail running at the End of the World”